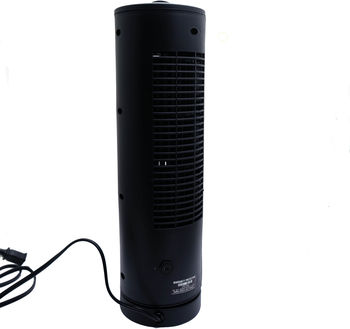 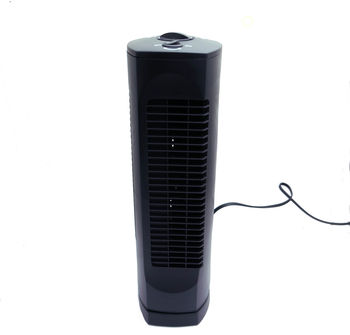 The Bush Baby Stealth Hi-Def Fan Spy Camera/DVR is a working fan that improves air circulation in the room while providing extra security by concealing a hidden camera. The fan has three speeds and an ionizing filter for cleaner air.

Not only would few suspect a simple fan to have recording capabilities another plus to hiding a camera in a fan is that as it rotates back and forth it can capture footage of the entire room. Like all bush baby products it is operated simply by remote control and has three recording modes continuous video motion detection video and stills.

It looks and operates as a fan. Even if the camera is handled by someone curious the electronics are sealed inside.

It records FHD 1920x1080 quality video. Either record continuously or use the motion detection setting.

No need to worry about battery life since the camera is powered by the same ac adapter that powers the fan.