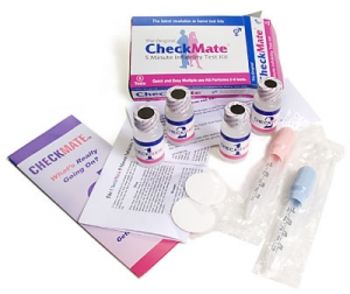 Guaranteed 100% effective. Each CheckMate semen detection test kit comes with over half an ounce of our patented reaction component as well as everything else you need to test numerous items of clothing for the presence of semen. CheckMate also test items other than clothing.

Does not stain. Works on any type or color of material without damaging or staining the item in any way.