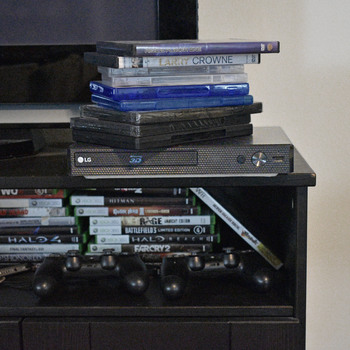 Needing a covert camera that will blend in perfectly in your home? Look no further. The Bush Baby Stealth Hi Def Blu Ray Player Spy Camera/DVR is the perfect solution for anyone needing a covert camera in their living room. It boasts clear 1080p video and comes built into a fully functioning Blu-ray player with all of the camera parts sealed inside so no one will question it.

Motion Detection - Like all Bush Baby cameras, this one comes equipped with the ability to record video in motion detection mode. Never worry about using up all of your memory space or missing anything important - any motion within 25 to 30 feet will set off the motion detector and begin recording. Once the motion has ceased, the camera will go back into standby mode to conserve your memory space.

Worry Free Battery - Since the Bush Baby Stealth Hi Def Blu Ray Player Spy Camera/DVR has its camera wired directly into the AC power for the Blu-ray player, you never have to worry about your battery running out. As long as the Blu-ray player is plugged in, it will be able to record.

External MicroSD Memory - Now the go-to standard for larger memory capacities, the entire Bush Baby line has the ability to go up to 128GB MicroSD cards.