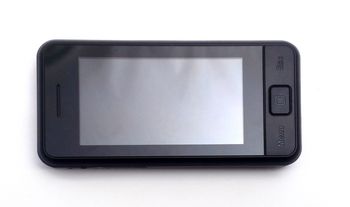 With the way cell phones have ingrained themselves in today's society all around the world, no one even thinks twice about them. Of course most phones these days have cameras built into them as well but those are obvious, what if you need something a bit more covert? That's where our latest device, the Lawmate Cellphone Hidden Camera w/HD Recording, comes into play.

With a camera hidden in the top of the phone you can walk around pretending to text message or even set the phone down on a table or counter and record everything that happens without anyone having even the slightest idea.

The Included belt holster makes it easier than ever to covertly record when in sensitive situations. The included HDMI cable makes it easy for you to quickly connect the Lawmate Cellphone Hidden Camera to any HDMI equiped television to review your recorded photos and videos; no computer required!